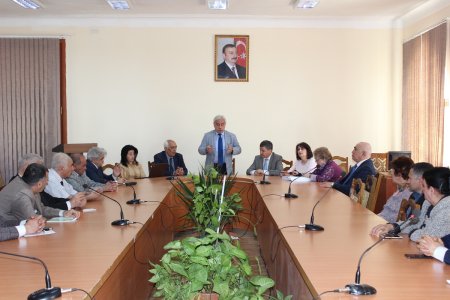 Today at the Institute of Philosophy of ANAS a round table on the occasion of the 96th anniversary of national leader Heydar Aliyev was held.
The director of the Institute of Philosophy, professor Ilham Mammadzadeh, emphasized that Heydar Aliyev always paid great attention and care to the national and moral values of Azerbaijan and to the material cultural monuments as the embodiment of the nation and people. Speaking about the Great leader's care for scientists, Ilham Mammadzadeh said that the nationwide leader who chose the National Academy of Sciences of Azerbaijan as one of the first meeting places after returning to Baku, adapted the humanitarian and social sciences of Azerbaijan to the new era, new requirements for scientists regarding the development of Azerbaijani ideology and national-moral values. After the meeting, the Great Leader Heydar Aliyev had been continuously caring for scientists, solving their problems, as well as strengthening the material and technical basis of the scientific-research institutes of ANAS. Mammadzadeh noted that on January 31, 1997 The meeting with scientists at ANAS became a memorable event. Then Deputy Director of the Philosophy Institute for Scientific Affairs, PhD in Philosophy, Associate Professor Eynulla Madatli spoke about the foreign policy pursued by national leader Heydar Aliyev and the successes of this policy.
Doctor of philosophical sciences Adil Asadov, deputy director for general affairs Gabil Camalov, PhD in philosophy Ali Ibrahimov, d.f.d. Senan Hasanov, doctor of philosophical sciences Fuzuli Gurbanov, doctor of philosophical sciences, professor Azer Mustafayev and other colleauges spoke on behalf of the National Leader, told about successful achievements of our country, successful domestic and foreign policy, and noted that the name of the Great Leader is eternal. 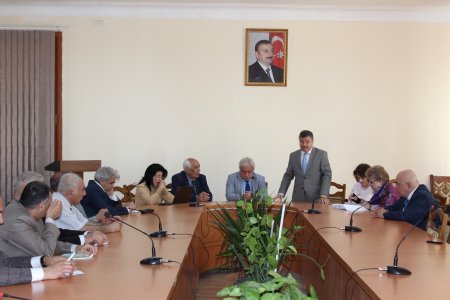 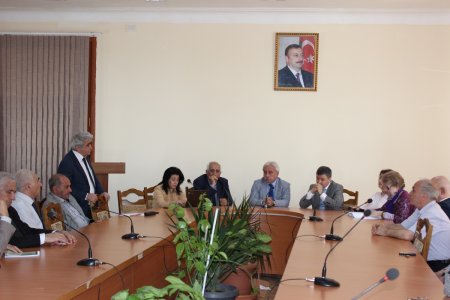 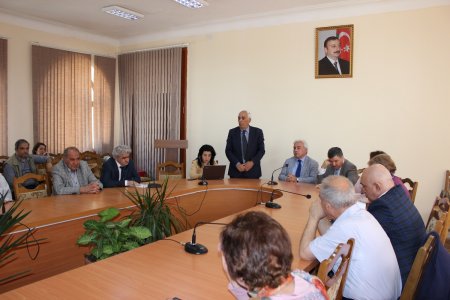 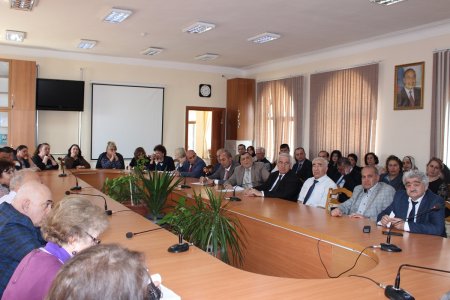