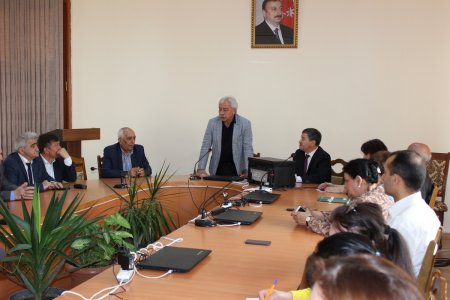 On May 27, at the Institute of Philosophy of ANAS, a roundtable was held on the anniversary of the foundation of the Azerbaijan Democratic Republic. Director of the Institute of Philosophy, Doctor of philosophy, professor Ilham Mammadzadeh greeted the participants and congratulated them on the occasion of the holiday and said that the Democratic Republic of Azerbaijan, that was in a serious socio-political condition, did a lot of works on setting up democratic state, military and cultural, educational and economical fields. They are bright pages of the history of Azerbaijan.
Then Deputy Director for Scientific Affairs of Philosophy Institute, PhD in Philosophy, Associate Professor Eynulla Madatli pointed out that the entrance of Azerbaijan to the Soviet government as a republic was directly linked to the Azerbaijan Democratic Republic. E. Madatli also touched upon the political conditions of the era and spoke about the negative and positive effects of such cases on the Republic.
Corresponding member of ANAS Konul Bunyadzadeh noted that Azerbaijan Democratic Republic had a great influence on Islamic countries and noted that the ADR was an example to other Islamic countries and for the first time granted freedom to women in Islamic world.
Later, Doctor of philosophy Adil Asadov, head of the Aesthetics Department, spoke about the role of many fugitives in the building of the Democratic Republic of Azerbaijan and their struggle against tsarist Russia.
Finally, the staff of the Philosophy Institute shared their opinion and views. 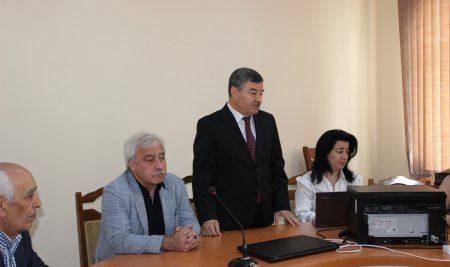 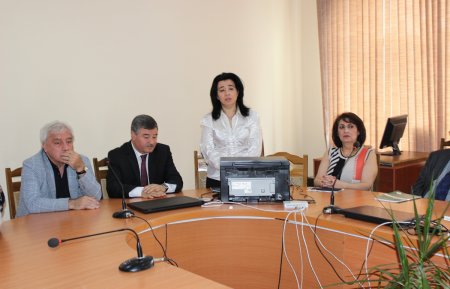 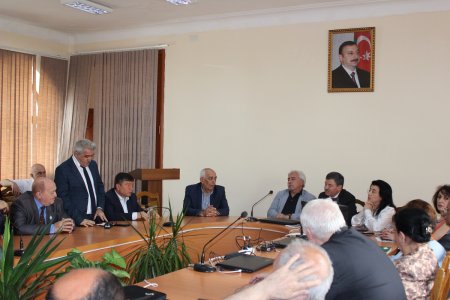 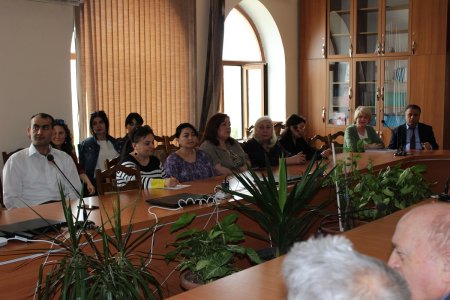