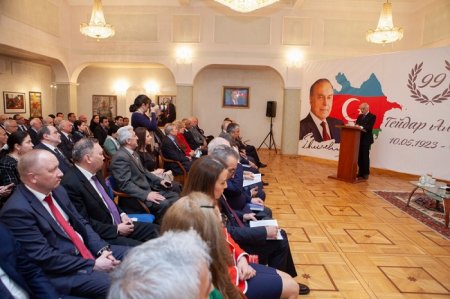 The Embassy of Azerbaijan in Russia and the Heydar Aliyev Foundation's Representation in the Russian Federation held a presentation of the book "Culture of Dialogue of Cultures in a Globalizing World" dedicated to the 99th anniversary of national leader of the Azerbaijani people Heydar Aliyev.
The book was prepared by the Institute of Philosophy and Sociology of ANAS together with a number of leading educational and research institutes of the Russian Federation, published with the support of the Heydar Aliyev Foundation's Russian office and the Embassy of the Republic of Azerbaijan in Russia. The book contains articles of the colleauges of Institute of Philosophy and Sociology of ANAS such as Ilham Mammadzadeh, Rena Mirzazadeh, Eynulla Madatli, Ziba Agayeva, Lala Movsumova, Sakit Huseynov, Rovshan Hajiyev, Elvin Talishinski and Hafiza Imanova. 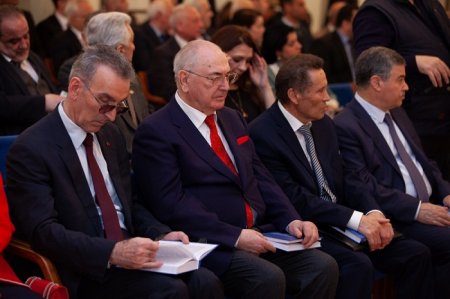 Professor Ilham Mammadzadeh, one of the scientific editors of the book, wrote a foreword, emphasizing the importance of dialogue of cultures in the current situation.
The event was attended by prominent Russian socio-political figures and scientists, Heydar Aliyev's advisers who worked with him at various times, representatives of the Azerbaijani Diaspora, employees of the Heydar Aliyev Foundation's office in Russia, high-ranking representatives of embassies of Uzbekistan, Moldova, Turkey, Belarus, Kazakhstan, Kyrgyzstan, Turkmenistan and Djibouti. 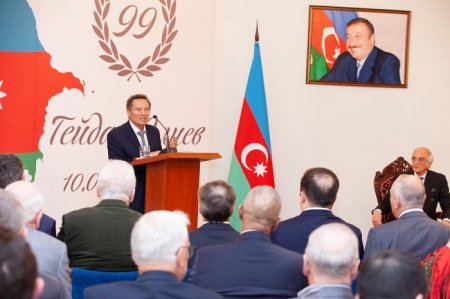 Opening the event, Ambassador Polad Bulbuloglu spoke about the rich life way of the great son of the Azerbaijani people, the outstanding services of the National Leader of Azerbaijan during the Soviet era, the country's ability to become one of the most advanced and important republics among the 15 allied republics.
In his speech, Executive Director of the Institute of Philosophy and Sociology of the Azerbaijan National Academy of Sciences, Ambassador Extraordinary and Plenipotentiary Eynulla Madatli noted the services of prominent statesman Heydar Aliyev in the history of Azerbaijan, emphasizing the historical significance of the country's victory in the Patriotic War and liberation of occupied lands. Then Eynulla Madatli shared his views on the book "Culture of dialogue of cultures in a globalizing world."
After the official part of the event, a reception was organized for the guests. 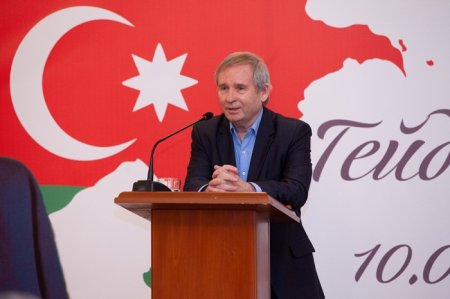 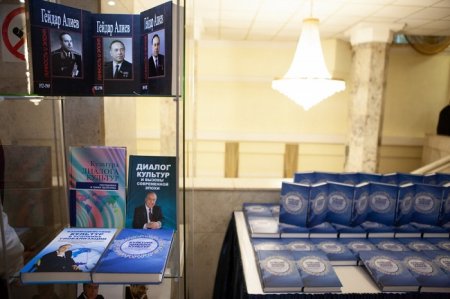