The Institute of Philosophy and Sociology of the Azerbaijan National Academy of Sciences together with the Executive Power of Gusar region and the Heydar Aliyev Center in the region on the theme "Heydar Aliyev's Azerbaijani ideas in Ramiz Gusarchayli's poetry" on May 4, 2022 regarding with the 99th anniversary of great leader Heydar Aliyev held a conference. The conference also featured a presentation of the poem "Vatan" by prominent poet Ramiz Gusarchayli. Before the event, a magnificent statue of the great leader was visited.
The conference was opened by Neva Abdurahmanova, director of the Heydar Aliyev Center and praised the holding of such a joint event on the eve of the 99th anniversary of the birth of the great leader. 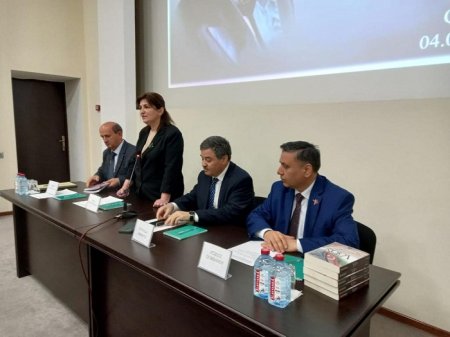 Executive Director of the Institute of Philosophy and Sociology, Doctor of Historical Sciences, Ambassador Extraordinary and Plenipotentiary Eynulla Madatli made a report on "Heydar Aliyev's Azerbaijani ideas in the poetry of Ramiz Gusarchayli". He praised the poem "Vatan" as one of the best examples of modern Azerbaijani poetry, reflecting its turbulent history and glorifying its historic victory in the 44-day war with endless love and artistic mastery.
Doctor of Philosophical Sciences, Head of the Department of Cognitive Theory Fuzuli Gurbanov, Leading Researcher of the Department of Political Heritage and Azerbaijani Philosophy of the Institute Heydar Aliyev, Doctor of Philosophy in Political Sciences, Associate Professor, Chairman of the YAP Institute Sanan Hasanov, General Manager of the Institute Gabil Jamalov spoke about the unparalleled role of his ideas in the unity and solidarity of our people today, his concern for the development of literature, culture, national and spiritual values. 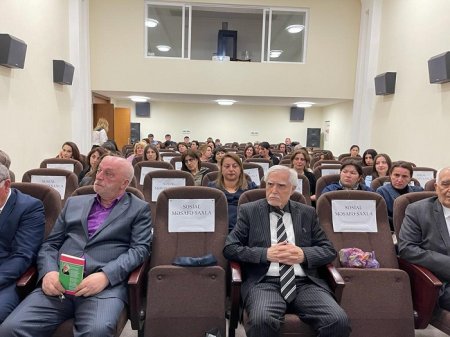 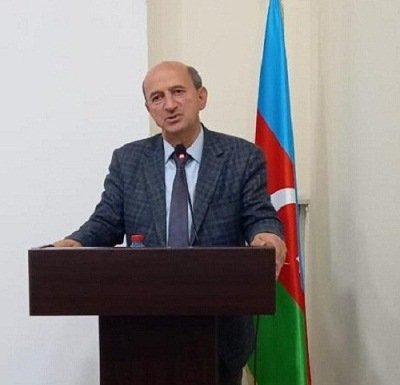 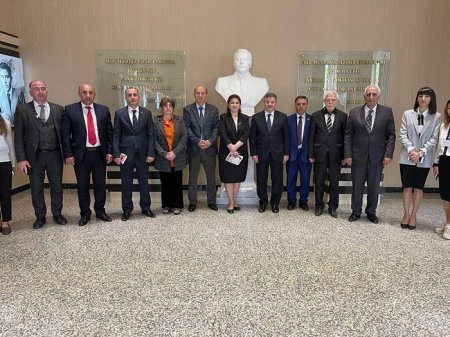