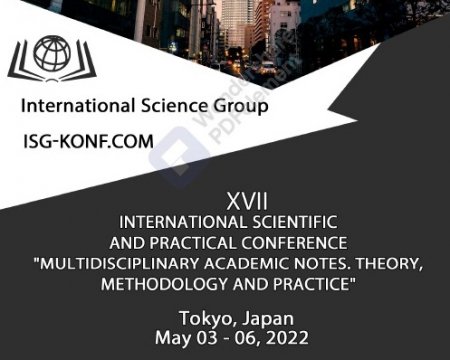 An article by prof. Sakit Huseynov, Head of the Department of Philosophy and Sociology of Sustainable Development of the Institute of Philosophy and Sociology of ANAS, was published in the materials of the international scientific and practical conference held in Tokyo (Japan).
The article is devoted to the philosophical and sociological study of the concepts of "Green Economy", "Smart Village" and "Smart City" and is explained in the form of a thesis of 5 principles on which the concept of sustainable development is based.
The article presents the "Green Economy" model for the transition to sustainable development from a socio-philosophical point of view and analyzes the prospects for the transition to a green economy in our country.
One of the issues of scientific interest here is the first interpretation of the concepts of "Smart Village" and "Smart City" in philosophical and sociological terms. The introduction of the concept of "Smart Village" and "Smart City" in many countries around the world for the first time in the liberated territories of Azerbaijan is also of some scientific interest. The launch of the "Smart Village" project in the Third Agali village of Zangilan region for the first time on the instructions of the Supreme Commander-in-Chief, President of the Republic of Azerbaijan Ilham Aliyev also attracts the readers' attention.
The article presents specific facts related to the restoration of our liberated territories in the example of Kalbajar region and presents them as an indicator of sustainable development prospects in our territories to be restored.